Popular culture in protests: When young people challenged the establishment in Thailand this week, they used the three-finger salute from The Hunger Games. It’s not the first time the gesture has been used and it won’t be the last.

Simulating the human terrain can mean being creative about bringing popular memes and symbols into our fictional scenario world and hence making them more authentic.

In this blog post we look at 8 fictional works that have been adopted by protesters.

Here’s our evidence of the power of narrative:

The Hunger Games symbol, a three-finger salute, was used by children across Thailand as a silent act of defiance against the Thai authorities. It was used by Katniss Everdeen in the film to stand in solidarity with oppressed citizens, and young people in Thailand are repurposing it for their own anti-authoritarian demonstrations. This article by Forbes also demonstrates how the symbol has been used to campaign for higher wages. https://www.forbes.com/sites/ashoka/2014/12/05/hunger-games-salute-used-by-black-friday-protesters-fighting-for-higher-wages/#1528e762712e

Women across America have taken to the streets dressed as Margaret Attwood’s Handmaids to protest anti-abortion legislation. Attwood’s Handmaid’s, who are dressed in red dresses with wide wings on the side of the face, represent women whose bodies and sexuality are controlled by the establishment. This video shows women marching against new legislation in the famous red: https://www.youtube.com/watch?v=ySslUJlicOc

V for Vendetta popularised Guy Faukes as the face of dissent, with protesters around the world using the identifiable mask to conceal their identity. It is a face that draws attention yet shrouds the wearer in obscurity, and unites demonstrators around the world in the fight against authority. As an example of human terrain modelling, it is a global symbol of collective movement, and it is through this piece of media that protesters around the world are united in their desire for change. This NYT article explores the use of this popular mask:  https://www.nytimes.com/2019/11/05/opinion/guy-fawkes-day-v-for-vendetta.html

The Joker in Lebanon

The 2019 protests in Lebanon, sparked by the ongoing financial crisis and austerity measures, lead to protesters in Beirut painting themselves to look like the Joker. A face recognised worldwide was used to grant anonymity to Lebanon’s demonstrators. The Joker, in this instance, was used because he was only taken seriously once he painted his face. Through this piece of popular culture, Beirut was granted heightened visibility in their political strife. Read more about Lebanon’s use of the Joker here: https://www.nme.com/news/film/lebanon-government-protesters-joker-symbol-beirut-2559724

After the successful release of Black Panther, the Wakanda Forever symbol has been used by many in celebration and in protest. Black Panther, a film with a predominantly Black cast, popularised a gesture of crossing your arms over your chest. This piece of popular culture in protests has now become a symbol of support for the Black community and to celebrate Black excellence and achievement. Sportsmen have taken to using the gesture in celebration of their wins: https://www.ubitennis.net/2018/03/wakanda-forever-salute-deeper-meaning-players-indian-wells/

Star Wars famous Imperial March was played by a French protester in the presence of police. Darth Vader’s tune was used to paint the police as the stormtroopers, implying they were the villains of this particular scenario, with the protestors as the Resistance. A great example of human terrain modelling, watch the video here: https://www.youtube.com/watch?v=Ls8JDrYgjxo

When a photo of Winnie the Pooh and Eeyore was used to mock Chinese officials, the children’s TV show was censored. In response to this, protestors donned masks of the popular characters, in an attempt to fight back against censorship and diminishing free speech protections. Find the images of this example of popular culture in protests, that sparked the censorship here: https://melmagazine.com/en-us/story/is-winnie-the-pooh-banned-china

Pepe the Frog, a smug or sad looking cartoon frog, is a meme that originated in a 2005 comic, and has become a symbol of Hong Kong resistance. Despite Pepe being used by the alt-right in the West, it has been used by Hong Kong in pro-democracy demonstrations, reclaimed and repurposed for their own use. Pepe is easy to draw, and looks condemning, making for the perfect symbol of protest. You can read more about Pepe, an icon within popular culture and now protests, here: https://www.nytimes.com/2019/12/24/opinion/pepe-frog-hate-speech.html

All image sources can be found in each link. 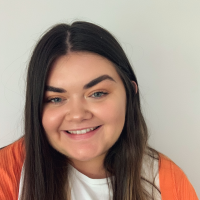 COVID-19 is not the only virus we need to prevent

Popular culture in protests: When young people challenged the establishment in...